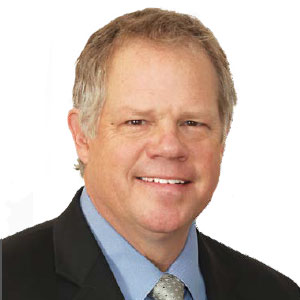 Barclay Knapp, CEO & Co-Founder
M2M or Machine to Machine is instrumental in the improvement of production and efficiency of machines in a manufacturing unit. According to a recent Machina research report, the total number of M2M connections is expected to grow from 5 billion in 2014 to 27 billion in 2024 with a compounded annual growth rate of 18 percent. As a result the requirements for M2M will increase along the revenue influx of a CAGR of 12 percent.

M2M Spectrum Networks®, a network solution provider for the M2M segment, has stepped in to cater to the needs arising from the outburst of the M2M bubble. “For a basic M2M facility, a CIO has to visit several suppliers for the different machines, software, connectivity and devices which form an M2M solution. One of the major points that M2M Spectrum Networks has focused on adding is incremental productivity to its customers”, says Barclay Knapp, CEO and Co-Founder, M2M Spectrum Networks.The company designs the network model from scratch in a comprehensive format. The model is in the form of a pre-designed application which is integrated into their work environment and delivers lower costs, substantial reduction in implementation, and opportunities to build revenues. M2M Spectrum Networks has been testing its products and solutions and is poised to launch services shortly on an applications-led basis. “For example, we approach the CIO of a vehicle tracking company and present him with a solution that will be helpful for his business. The solution will include several components which we have assembled effectively around our network as per the client’s requirement”, says Knapp. M2M Spectrum Networks hosts a nexus of services and applications programs for its clients and has been working with network suppliers to build and implement its nationwide network to substantially reduce costs and decrease implementation time.

Applications services are offered in the form of an on-boarding platform, where existing and new M2M application developers can host their apps on M2MSN’s site for selective implementation.

Marketing and device services provided by M2M Spectrum also aid in identifying and acquiring of M2MSN customers through a variety of channels along with sourcing and developing their devices.
M2MSN’s “plug and play” devices are either the replacements for devices which were connected previously, or new installations for machines which have yet to be connected.

M2M Spectrum Networks enjoys a distinct stature in the market of licensed spectrum. “Licensed spectrum is very important because it provides a much more secure and reliable communications path than applications employing unlicensed spectrum,” says Knapp.

M2M Spectrum Networks have been going through extensive testing and trials and intends to launch its services and applications shortly. M2MSN’s services are capable of providing more information and better time lines to their clients, results in faster decision making, operating cost reduction, and revenue enhancement.

We take the role of being first to market with our end-to-end M2M solutions very seriously. Our network is designed to be flexible to our client’s needs, and we plan to help organizations take advantage of that on their own paths to excellence

“I take the role of being first to market with our ‘one-stop-shop’ M2M solutions very seriously and I believe our customers are an integral part of what we will be doing as we grow. Our network is designed to be flexible to our client’s needs, and we plan to help organizations take advantage of that on their own paths to excellence,” says Knapp. 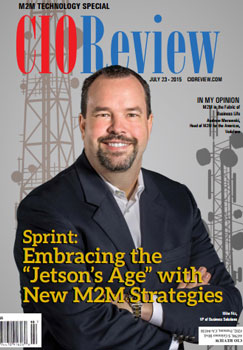