The Robots are coming: How Manufacturing CIO's can prepare for the next great industrial revolution

The Robots are coming: How Manufacturing CIO's can prepare for the next great industrial revolution 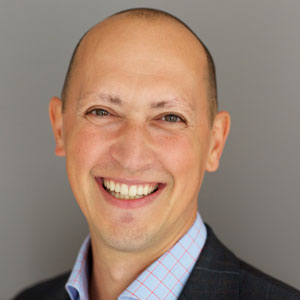 By now almost everyone on the planet is tethered in some way to the Internet. IT leaders are masters at employing the power of the matrix, but manufacturing is a different beast. Some historical context is useful when trying to unravel why the manufacturing industry operates the way it does, and helps us craft solutions to meet today’s challenges.

There have been three major industrial revolutions. First came the energy revolution beginning in the late 1800s with coal, oil, and steam. It unleashed a wave of innovation and productivity the world had never seen. Next came mass production via electricity in the early part of the 20th century, and assembly gave way to fixed execution on a massive scale (thank you Henry Ford). The third revolution used electronics and IT to automate production. Now, the latest industrial revolution, which will see things being connected on a massive, exponential scale, is something CIOshave never seen before. Machines are now able to communicate with each other and make decisions. The potential for this machine-to-machine (M2M) digital revolution is amazing, but the risks involved with connecting things are also substantial. An even greater risk, though, is doing nothing.

To stay competitive, manufacturers need asset utilization, flexible production and continuous improvement. The industry is moving away from the old “build it and burn it out” model. By digitally connecting everything, manufacturers can seamlessly, continually optimize assets, processes, robotics and people. Take aerospace manufacturing, for example. Average aerospace machine utilization is below 45 percent, and it is not unusual to see a 2000 percent productivity range across machines. The digital revolution exposes these deficits and enables a response, increasing asset utilization.

​Risk can be measured, tallied and tamed, but never eliminated

To realize this digital revolution, data at the cloud’s edge where machines and process come together must be unlocked – not a simple task. Each machine speaks its own language, has its own rules, and is usually locked and guarded. To connect these machines, the plant floor needs a digital twin. A digital twin is the data and software entity that exposes or expresses machine language, rules, and data, translating the data they capture into a language CIOs can use. This newly translated data then needs to be transformed, stored, manipulated and applied before value can be extracted. Its value and impact will be local and global simultaneously. That means manufacturers need to build new systems where computing is flexible and not centralized; it floats to where it is needed. Companies like Cisco, Fanuc, Mazak, and others are forging these new digital twin platforms together. The software that makes up this platform has operations, business and technology levers for different stakeholders. The digital twin must be systemic, easy to use and extend from machine to cloud as one platform. The complexity involved demands nothing short of a fully integrated system.

Savvy and experienced manufacturing executives will point out this has all been done long ago, and technically they are correct. The problem was each time it was done, it usually became obsolete because it was specialized and rigid by design. To unleash the enormous value locked up in manufacturing we have to build systems that scale, are highly repeatable, and use interchangeable parts. One off engineering efforts are digital dead ends; business dead ends. This means that CIOs need to choose open standards, and systems that offer continuous improvement over short term quick fixes that fizzle out and waste valuable resources and time.

Some manufacturing executives will resist because they don’t understand information systems and can’t measure the risk, which is understandable. Risk can be measured, tallied and tamed, but never eliminated. For this reason, security is both the greatest obstacle and the greatest enabler all at the same time. CIOs need to lead the way by introducing digital process and tools that will mitigate the risk. It’s more than just digital tooling, automation and management at scale. A whole new control plane must be introduced with security policy mechanisms that Operations, Business, IT and now RISK can leverage simultaneously. It sounds daunting, but the system can be built in a layered fashion, as long as sound design and principles of open architecture and systems are followed; breaking it up into manageable pieces. Concretely speaking, there are 4 security concepts that must be addressed. Identity of systems, confidentiality of intellectual property, integrity of data both persistent and in motion, and finally safety, or what in manufacturing is called “line of sight safety.” CIOs that understand the opportunity in this transition should embrace and accelerate this process. It is highly likely that the data that exists inside factories today is in its most vulnerable state. Moving it and storing it – through a Digital Connected Machine platform whether on premise, in a data center or in the cloud – will actually make it more secure not less.

With flexibility, scalability, and security to consider, CIOs are walking into new territory. The old idea of machine operations as isolated production cellsis diminishing and manufacturers need to find a way to evolve. CIOs have no choice but to adapt despite the challenges they face, but the solution goes one step further; the digital twin. The digitally connected machine platform. This wave of innovation relieson the abilityto utilize the data collected, expose its patterns, and act on this new knowledge. That is how CIOs can embrace the fourth Industrial Revolution. Invest in innovative connecting; invest in M2M, then secure it.

Keeping It Real With Your Security Vendors

One Source of Truth for Our Frontend