The Next Wave of the IoT

Andrew Morawski, Head of IoT for the Americas, Vodafone 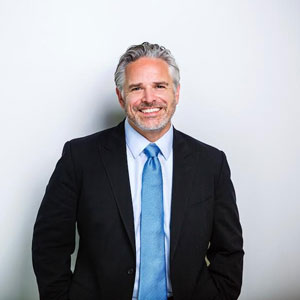 Andrew Morawski, Head of IoT for the Americas, Vodafone

The Internet of Things (IoT) is not a trend or a fleeting hot topic – it represents the future of communication, productivity and connectivity, and is transforming business globally. To capture it briefly, IoT connects objects such as cars, buildings and machines to the internet, turning them into ‘intelligent’ assets that can communicate with people, applications and each other. Interest in – and commitment to – implementing IoT is higher than ever before, as businesses are increasingly recognizing its impact on connectivity, efficiency, and ultimately return on investment (ROI). Now that its role is established, we can turn to analyzing its potential future applications and impact on society.

Today, there are countless applications for IoT, from smart parking to pet tracking, remote healthcare to connected cars. Plus, new startups are launching each year aiming to make consumers’ lives easier through ‘smart’ devices. This means there are new and evolving ways adopters are implementing IoT, and the companies that are more visionary in the way they use it see broader benefits.

For example, IoT is now at the heart of IT strategies, and interest in connected solutions is higher than ever before. In fact, according to the 2016 Vodafone IoT Barometer, 28 percent of businesses already have live projects with the technology, and 76 percent of businesses say that IoT will be “critical” to future success.

Today, IoT security is driven by fear of the unknown, but as it is absorbed into overall IT security practices, businesses will invest in actively protecting it as a mission-critical asset

While businesses are making IoT a priority, organizations report stronger results when they commit more budget and run a greater number of IoT projects than others in the market. There is a strong link between the ROI that businesses see from their IoT initiatives and two key factors: the number of projects they have underway, and the share of the overall IT budget they allocate to IoT. In fact, adopters today spend 24 percent of their IT budget on IoT, which is more than they are spending on mobility, cloud, or analytics.

IoT is an incredibly varied and complex market, but there are a number of broad trends we can look at that will shape how enterprises continue to innovate around IoT in the years ahead. Here are a few predictions that we can evaluate and expect in the next wave of IoT.

Within the next two years, the majority of businesses will be using IoT. Just adopting IoT will no longer be a differentiator — it will be a part of the IT landscape and digital strategy of every business. What must be determined is how best to use it. IoT may be a highly visible technology that’s driving service quality, revenue or process efficiency. Or, it may be invisible to most employees, as an intrinsic part of the business environment that generates results and drives business without overt attention.

From “Technology” to “Business Outcome”

IoT will increasingly be treated as indistinguishable from business processes – it will be part of the fabric of the organization. IoT will be seen as an intrinsic feature of a modern warehouse system, company car fleet or security solution, for example. Business-led approaches to procuring and managing IoT, including end-to-end outsourcing, will dominate in order to drive measurable business results and more effective governance. At the same time, IoT, cloud, mobile and analytics will increasingly be conceived of and purchased together as elements of an integrated solution.

From “Caution” to “Action”

IoT may be managed as part of the business, but just like with cloud or mobile, cybersecurity will remain a major consideration. Today, IoT security is driven by fear of the unknown, but as it is absorbed into overall IT security practices, businesses will invest in actively protecting it as a mission-critical asset.

From “Optimize” to “Engage”

We’re already seeing that IoT applications of all kinds are not only driving operational and process improvements, but having a noticeable impact on both the employee and customer experience. As businesses increasingly look at building IoT into their products and services, certain sectors will naturally take the lead in revolutionizing how they engage with their customers, among them automotive (through the connected car) and healthcare (through mhealth).

In the coming years, the conversation will shift from whether a business should adopt IoT to how it will be adopted. There is no denying that IoT and broader connectivity represents the future of how we will do business. Not to mention, because there is a clear link between how much of the total enterprise IT budget is allocated to IoT and the results produced, we are likely to see a broader implementation of IoT solutions across industries, a shift that will have a significant impact on how businesses are operated and kept efficient. As the ROI around IoT continues to be realized, we’ll move toward a future of business that will feature more automated processes and connected organizations, and will ultimately result in large-scale business transformation. 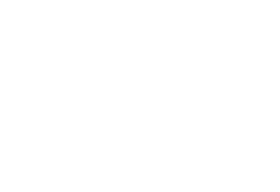 What Does RBG's Death Mean for the Investing World?

The New Bridges and Barriers to an Integrated World view

Data Literacy –What is it and Why Should Your Company Care?