ROI Isn't Just Another Acronym for the IoT

ROI Isn't Just Another Acronym for the IoT 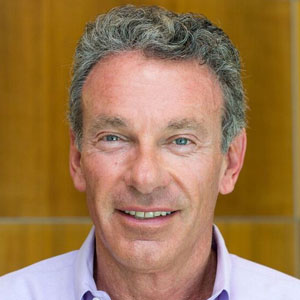 At the beginning of each year, technology companies from all over the world gather in Las Vegas to figure out what is going to be the next big thing. Sure, drones, hoverboards, and even personal helicopters steal some headlines, but for the last three years, the next big thing has been the same thing: connecting everything. The concept that objects speak to one another and react based on their surroundings and corresponding events has been a something that has been rolled into a transcendent concept known as the Internet of Things (IoT).

“For enterprises, the benefits of deployment may come in the form of increased productivity, or access to hidden and inaccessible data”

The IoT promises something vastly different than those flashy toys previously listed: it promises a real operational, strategic, and financial return to businesses all over the globe. This will allow companies to see things that were previously invisible, hear things that were silent, and know things that were unknown. Companies can clearly see the benefit of actionable intelligence, previously unattainable, but how does one begin to quantify that benefit and its expected return?

Of course, companies are seeing these benefits – that’s the reason that IoT has dominated the largest technology show in the world for the last few years. Vodafone recently conducted a survey that showed that 66 percent of companies reported having a positive Return on Investment (ROI) within one year of deploying an IoT solution; 89 percent had a positive ROI within two years.

These types of returns are driving the wave of hype and anticipation that are exhibited at shows like CES each year. But as one steps back from the macro-scale hype and focuses in on the micro level where farmers are considering IoT investments that will help them spread fertilizer more efficiently, or cut their costs on irrigation usage, where does one begin calculate the potential or actual return on an IoT investment?

Naturally, the first question to start with is what the initial cash outlay will look like. Investments in IoT will start with engineering, design and application development. Building the solution will entail a lot of planning and design before deployment comes into the picture. To understand this part of the equation, companies interested in IoT solutions should start with the following questions:

• Breadth of Deployment – How many devices will you deploy to serve the targeted market? Cost is directly related to this variable.

• Geographic Area – How wide is the deployment area? Is the application designed to be mobile, or cross over borders? There will be different costs associated with connecting those devices based on this variable.

• Complexity of Application – Today, the IoT ecosystem is growing rapidly and there are a number of off-the-shelf products, including fleet management, asset monitoring, and security applications. Ask the question of if the application complexity surpasses what exists on the market, and if so, be prepared.

Second, and the potentially more challenging part of the equation, is the process of forecasting the expected cash flows from the investment. The challenges come as IoT solutions, in many cases, indirectly add to this measure. For enterprises, the benefits of deployment may come in the form of increased productivity, or access to hidden and inaccessible data. The point here is that deep analysis is needed by intelligent business people to determine the expected value from the application, and every case is going to be different. The value will either come in the decrease of costs of doing business, or in generating additional revenue. With these two values in hand, a person is able to determine ROI by simply using the following formula: ROI = (Gain from investment – Cost of investment) / Cost of investment.

Understanding the basics of calculating a return on investment and knowing the minimum return, or hurdle rate, required within your organization, will help you properly assess IoT investments from a business standpoint.

It’s really amazing to see some examples of business cases that pop up and create a positive value. In the past 15 years I’ve been involved in M2M/IoT, I have seen a number of unique value propositions that have changed entire industries. Take chicken farming for example, where technology is playing an enormous role in quite possibly the oldest industry. IoT technologies are allowing farmers to put sensors on chickens and measure things like temperature and humidity, and turn on fans and water pumps, all to create the ultimate environment to be more efficient.

One of the biggest industries in IoT today is seen in the automotive finance world. IoT is turning high-risk car buyers into A- or B-rated credit buyers. By simply using wireless technology and attaching a module to a vehicle at the point of sale, the lender of auto loans is given the ability to easily track, disable, and repossess a vehicle from owners that fall behind on auto loan payments. This seemingly small market segment has created tremendous value, enabling millions of loans to be properly secured around the world.

Just like many of these applications, developers looking to bring connectivity to the unconnected must do the necessary work to ensure that a proper ROI is present. As we have seen time and time again, a good idea does not always result in a good business, and unless the IoT is driven by good business, it will simply be another buzzword.

Keeping It Real With Your Security Vendors

One Source of Truth for Our Frontend