M2M and the Future of IoTs

M2M and the Future of IoTs 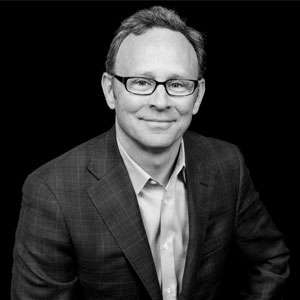 There are multiple IoT markets, with the two major application areas being in the consumer space (home automation, consumer healthcare, and more) and in the industrial/enterprise space (logistics, transportation and more). The consumer market is nascent and highly fragmented. Standards will need to emerge for this market to fully develop alternatively, a vertically integrated ecosystem could attain critical mass by offering a seamless experience (example: Apple). Security and privacy will also need to be addressed. A major security breach could set back consumer trust in these new applications.

From a technology point of view, there is a lot of excitement around mesh networks in the IoT space, and adapting existing and new wireless technologies to operate in a connected mesh versus in a traditional hub model. Development of mesh network technology is on the agenda for every platform and technology provider in the space (Thread, from Google, is an example).

Right now the industry is in the classic “standards dance” phase, with everyone jockeying for position. OIC, IIC, AllJoyn, and various proprietary offerings are all in play, and questions of interoperability with other protocols (ZigBee, Z-wave and many more) are adding to the confusion. In the short term, this will lead to islands of connectivity in the consumer space, driven by branded applications (home automation, remote appliance diagnostics and support, and many more). Consumers will not be patient with multiple apps and services and aggregators will likely emerge—some of them from the vertical consumer platform players.

Consumer-centric health care holds great promise to bend the curve on cost by connecting patients remotely to providers as part of a population health management ecosystem. Today’s devices and services, which are dominated by fitness apps, will evolve to include remote monitoring and medication/therapy adherence tools. Barriers will be slow to fall, however, due to questions around provider reimbursement, low consumer motivation and difficulty with rapid innovation in the context of HIPAA and the medical establishment generally. The prize in this space is large, however, given the magnitude of healthcare spend as a portion of GDP and the opportunity to mechanize many of the traditional office-visit services and avoid hospital readmissions.

Other interesting markets include brick and mortar retail and the offline/online marketing hybrid space, where Bluetooth beacons hold promise to drive real-time decisions in the physical world. This area has been slow to take off, however, as the industry struggles to demonstrate killer use cases and overcome deployment and management logistics. Full transparency around the use of these tools will be necessary to avoid negative consumer perception.

Industrial and enterprise markets have been developing for some time. Deploying even more devices and collecting ever more data will continue to be a great ROI story. We are only at the beginning. The ROI is clear in so many applications in the industrial and enterprise spaces that these markets will develop even as the standards in the consumer world remain confused. Data aggregation and analysis platforms, which can deal with massive amounts of unstructured data, are a huge opportunity. Processing the number of events that will be generated by devices in the field, deploying messaging queues and scalable analytics platforms and ultimately creating and syndicating the relevant insights and real-time state knowledge across an enterprise will be critical. We will see a new generation of massive distributed computation systems for real-time data streams emerge, along with new companies to develop and support these tools.

World Changed by M2M in 10 years

We will begin to take "state knowledge" of the physical world for granted. Just as we have gotten used to knowing our location and the state of our social network, we will expect to know the state of our homes, workplaces, automobiles, and cities. This will be profound and it will impact industries in unexpected ways. New applications of this data in the real-time, real-world marketing ecosystem for example (online and out of home offline), are only now being contemplated, and there is no doubt that there will be other applications that are not yet apparent -- there is the potential for several Uber-scale (as in Uber, the company) ideas waiting to be discovered and tested once the data pipes are in place and opened via web services.

The two ends of the pyramid will be most challenging in the consumer space: interoperability of devices enabling seamless and trusted communication across domains and solutions, which harness and generate end user value from unprecedented amounts of data. Basic vertical applications for consumers will be relatively easy—going beyond a standalone app to control a few lights in our homes will be the big leap. M2M solution platforms for consumers are the ultimate prize, just as we have seen consumer platforms arise for search, social networking, e-commerce, and e-hailing services.

Internet of Things, Cloud and Big Data: The Role for M2M

IoT demands large cloud infrastructure in the backend. IoT will be a driver of cloud adoption and growth, and massive amounts of data will drive the next step up in unstructured data analysis. It’s a major step up.

From M2M to Internet of Things: The Emerging Trends and Opportunities in 2015

The consumer market needs a breakout hit. Consumer healthcare has huge potential but is not simple and does not provide sustained value at this point. Home automation is gaining in popularity but still has not really had its "iPhone moment." Someone is going to land a major consumer ecosystem platform, most likely in the home or auto segment, and it will serve as the catalyst for consumer IoT explosion. It's very close.

The Growing Importance of Cards

How Dutch Bros Coffee embedded culture into its mobile app

The Calculus of Cyber in the Context of Enterprise Risk