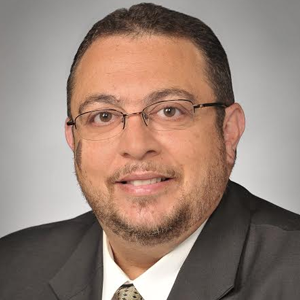 Truly we are living in exciting times. Not since the advent of cellular technology in the world of telecommunications, have I seen such excitement. All of this is driven by innovation around the promise of a connected world where machines and humans will be communicating on a profound level. It feels to me like the age of the Jetsons is not so far off after all.

The connected world that I speak of would enhance the lives of people as well as businesses, and prove that there is more value from machines that are connected and communicating through a single big cloud. What started out as Machine-to-Machine communications more than 15 years ago, has now evolved to the Internet of Things (IoT). Imagine a world where a nuclear family would be able have breakfast together, plan their day while Mom is travelling, where she is still connected to her home and able to experience the full hustle and bustle of a meal with her family. She can have the ease of mind of knowing where her children are at any point in time, while checking on the driving behavior of her recently licensed teenage daughter. A connected world, where dad gets an alarm should his aging father needs help when living alone, or if someone is trying to deliver a package to the house when no one is home he is able to act on these things from any location.

Similarly, in the business world, solutions that allow you to manage fleets, track assets, and enhance the shopping experience for Retailers are also enhancing the performance of companies all over the world. These IoT solutions benefit all sorts of businesses, whether it is a big enterprise, a medium-sized business, or even a self-proprietorship. IoT delivers on its promise to either “Save Money” or “Make Money”.

​What started out as Machine-to-Machine communications more than 15 years ago, has now evolved to the Internet of Things (IoT)

The big question poses itself, when do we as a society reap the full benefits of this connected world and how much is it going to cost us? I can say with clear conscious and full certainty that the ROI for the IoT is not fully understood yet. This is in part due to the diversity of IoT solutions and the segmentation that it plays in. In other words, not all IoT solutions and segments are created equal. Some will have a very clear ROI, such as in the case of Fleet Management. Others are still ambiguous, like in the case of Healthcare since there is no single owner of the revenue. We must answer the question of who pays the bill, is it the healthcare provider, the patient, or the hospitals? In addition, Service Providers (SP) are struggling with low margins on connectivity and they are implementing new tactics to “move up the value chain”, where they can extract more revenue from the Application and Service layers.

One thing is certain, SPs must build networks to fully take advantage of the growth in IoT data that is coming. The concept of speed vs latency rears its ugly head and puts a major challenge of access technology bifurcation. While the SPs are busy building the networks that deliver high speed data for smart phones, the IoT solutions are “Bursty and not Thirsty” when it comes to data consumption. Luckily the standards bodies recognized this dichotomy and drafted new paths for IoT technologies such as Cat M1 and NB-IOT in release 13 of the 3GPP standard.

The other major challenge manifests itself in servicing a huge numbers of connections (approximately 20 Billion in 2020 according to Ericsson CEO) on a network that was mainly built for phones and tablets, where a one to one or perhaps one to two relationships exists with consumers. The IoT will have as many as one to twenty or thirty connected devices per consumer and there lies the challenge. On the other hand, IoT Devices need to be smart at the edge so they do not send huge amounts of data, but instead only send relevant data, as needed so that it does not overburden the network. The other challenge that SPs must solve for is security. Hacking phone poses a very different threat than hacking a moving vehicle or a connected medical device and the consequences could be devastating. Hence, security must be a priority and the network of the future must be built on an architecture that supports an End-to-End security continuum.

As with any new technology, it comes with challenges, however, I believe that the future of the IoT is still very bright. The successful services and application will have low touch, self-service mechanisms, built on horizontal platforms that support a plethora of applications, and they will have flexible models for implementations across many industries. Regulations will also play a major role in the adoption of IoT and help propel us into the future.

All these things that I mentioned, and more, are possible, thanks to the Internet of Things. We are embarking on a connected world that is making lives better for companies and people every day.